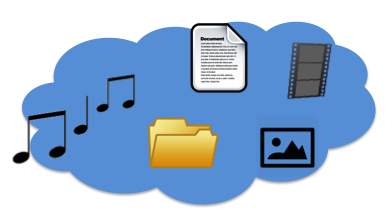 Cloud storage is a great way to share files like photos and documents, but its also an easy way keep important data safe from disasters like hard drive crashes.  In the spring we looked at cloud storage as part of home tech trends.  Back then it looked like Microsoft’s SkyDrive had good compatibility and generous free storage, but we’ve since experienced some issues opening up large files so we’ve dropped it as a recommendation.

We’ve continued evaluating Dropbox and Google Drive.  Both have been flawless across many devices, but Google is very aggressive on free space and pricing when you need more space. They currently offer 15G of free storage, and about $5/month for additional steps of 100G.  That’s pretty hard to beat. As with most of Googles ventures, they likely see it as a means to an end to their data mining/advertising empire.

That said, if you rely on a certain device or application, you should test compatibly.  Mainstream consumer devices like Android, iDevices, Windows PCs and Macs are well covered, but Dropbox currently has slightly better compatibility including Linux.  Google likely won’t stay behind for long though. One thing also worth noting is that its pretty much a given that your data will be stored outside of Canada regardless of the service you choose.  Usually it will be on servers in the US.  For most people this shouldn’t be an issue, but you should be aware of this.

The best part is that you can try these services for free to see if they work for you.  So go ahead and try it, you’ll likely find it easy to manage and share your files.