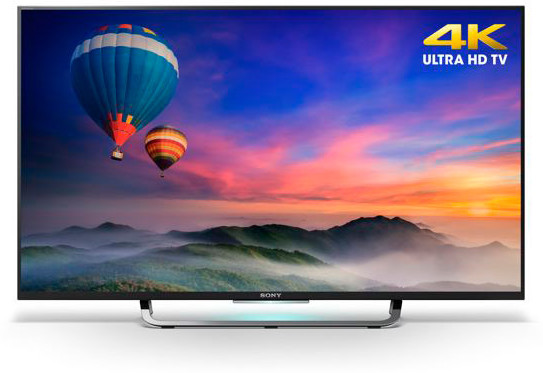 So here we are two-thirds through 2016, and 4K TVs are definitely worth looking at if you’re considering a new TV. Regardless if they’re called 4K TVs, Ultra HD TVs or UHDTVs, there are a lot of great 4K TVs available at reasonable prices. Good ones make today’s HDTV sources, like Blu-rays and Cable TV, look great using their built-in upscaling capabilities. But what actual 4K material – what are our options for that? While true 4K content is still pretty thin, its improving with options for streaming from the Internet, cable TV providers and 4K Blu-ray discs.

Streaming services like Netflix are still the go-to for getting 4K content (and will likely be in the future). Netflix has stated its committed to Ultra HD 4K content, and their list of shows is growing. There is currently a $2 premium for Netflix Ultra HD, but this also gives you the ability to stream on up to four screens.  YouTube has been offering 4K for longer, but there is less programming there. Shomi and CraveTV, the Canadian brewed streaming services, are also rumoured to be offering 4K content soon. If you want to stream 4K services though, make sure your TV

has the apps available, as there are currently no separate 4K media servers readably available in Canada (like the Roku 4 – which is currently not officially supported in Canada). Note though that internet streaming will cut into your data allowance from your Internet Provider.

So far it looks like only Telus is offering a 4K compatible set top box in our area. This is a good sign, but there is little 4K content on cable TV to actually watch. There was the Olympics, and there will be a few Blue Jays and NHL games, but its a pretty light offering. How this turns out depends on the future of internet streaming – one could image that any programming will be available via streaming vs. just cable TV (regardless if offered by a phone, satellite or cable company). The technology is readily available, so it really will be decided by licensing deals and the CTRC. Hopefully future decisions will be made to benefit consumers and not just service providers.

There is still an industry push to offer physical mediums like 4K Blu-ray discs. Since these discs won’t rely on your Internet service, they will offer consistent high quality and without impacting your Internet usage. Since we’re increasingly an instant gratification society, only time will tell if people are willing to go to a store or wait for physical discs to watch. The current issue is that there’s not many 4K Blu-ray players available like these from Samsung and Panasonic. The list of available discs is growing, but its not very comprehensive either.

All that said, its definitely still worth considering a 4K TV if you have the budget. There is strong momentum with this next generation TV technology, and in the meantime, for a reasonable premium, you get superior picture quality while future proofing for when content availability settles out.