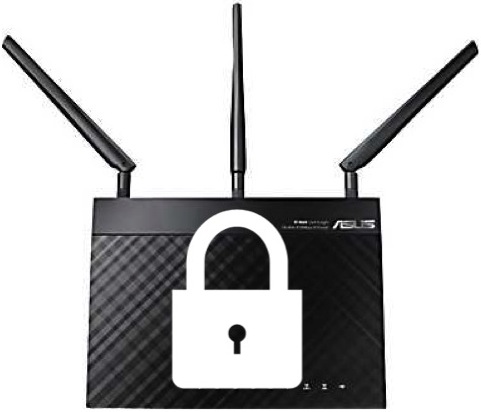 There are many ways to secure your home network, but the trick is to balance security with ease of use. You can update your router settings from the router’s admin interface (e.g. typing 192.168.1.1 or 192.168.0.1 in your internet browser, depending on router.) Here are six easy ways to secure your network.

Surprisingly, a lot of people just plug in a new router and start using it as its configured out of the box. This makes it insanely easy for nasty hackers to get into your network. Once in your network, they will likely have an easy time getting into your computer’s personal and financial files. Combat this by simply updating the default password with a good password.

The signals that Wi-Fi routers use are encrypted (i.e. ‘scrambled’). Most routers have older encryption (WEP) set as default because it works with all devices including old ones. WEP is easily defeated though. Its best to use stronger WPA2 encryption, as its much safer and works with all but really old devices. If you find some of your old devices aren’t working, you can step down to WPA as a last resort.

Change the default SSID and passcode

The SSID is the Wi-Fi network’s name that shows up on your smartphone or computer. When bad guys see that you are using the default SSID (e.g. “linksys” or “default”), they know they have easy pickings and its worth the effort to try to break in. Not only is it safer to update the default one, why not customize it for your own tastes? (How about “patswifi” or “SwankyNet”?) Also update the passcode / pre-shared key that goes with the SSID (again use a good password).

The SSID is broadcast to make it easy to find on your smartphone or tablet, but its also easy for a hacker to find. You can disable SSID broadcast in your router to avoid this. The people you want on your network can simply enter the SSID manually on their smartphone, etc.

WPS is a feature that is supposed to make connecting Wi-Fi devices easy, but in practice its not well supported and may not work with your devices. Its also an easy security hole to exploit, so its best to disable it in your router.

Security issues are often discovered on computers, networks and home tech devices and then fixed by manufactures. You probably get a lot of update notices for your PC or Mac, and hopefully you update them accordingly. Don’t forget about your Wi-Fi router and devices like Sonos and Apple TV though. Most manufactures are good and update firmware to keep their devices secure when required. If you’re not very good at keeping on top of this kind of thing, just put a periodic reminder in your calendar to check for updates for your router and devices. Note though that its a good idea to read about what else is in the update to ensure its still compatible with your setup.

These simple changes shouldn’t take too long, so there isn’t any reason to hold off. When we set up a network, we balance home network security configuration and the individual for the situation. If you’re more savvy, you can also use features like MAC filtering and static IP addresses. Its up to you how deep you go, but here is a prime example of a little effort going along way.