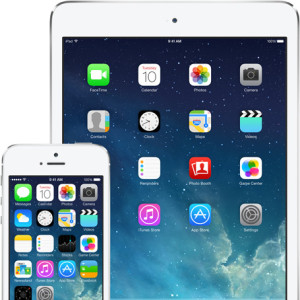 Apparently over half of iOS users updated their devices since last week’s release. Very impressive – the hordes even managed to overload Apple’s servers on the first day. This shows how interested people were with this operating system update. Regardless if you’re an Apple fanboy/girl, there were some features worth looking forward to.

Apple has done a great job at keeping most of the features compatible back to the iPhone 4 and iPad 2. This can’t be overlooked, as there aren’t many tech companies that show so much support for anything but the latest device. Not to ‘trash’ Android OS, but one of the main complaints is how fragmented the Android installed base is with various OS releases (please Google, fix this!). With no further delay, here are some highlights of iOS 7:

iOS 7 will likely have some updates to smooth out a few wrinkles, but its very robust and ready for the masses. That said, there are more than a few apps that are experiencing difficulty in the new iOS, so you may want to hang back for a few more weeks. When you do update, you’ll likely be pleased with the work from the folks in Cupertino.