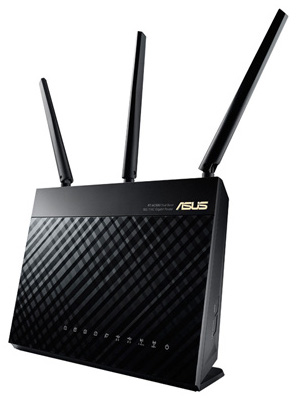 Wi-Fi routers are how most of our devices connect to the Internet and home networks, but unfortunately they are often marketed with jargon and tech specs. The current top Wi-Fi standard is 802.11ac, but that doesn’t tell us much. Although Wi-Fi routers have many features and important settings like security (hint: use WPA2), two key attributes are data rates (speed) and frequency.

So what should you know about data rates? The table below shows different Wi-Fi standards and advertised max data rates. Keep in mind that these data rates are best case and your experience will vary – you’ll be lucky to get half of the advertised rate. As mentioned in How to get better Wi-Fi, there are lots of reasons your data rate will be less. Most of us just care that we’re connected with enough speed for what we’re doing. To give a baseline without really needing to know what ‘bits per second’ is, an average music file is about 128 kbps (128,000 bits per second) and Netflix video is about 5 Mbps (5,000,000 bits per second). If you’re reading email, a slower date rate is likely fine. If you’re watching a movie on Netflix, you’ll be looking for more speed. The newer and better Wi-Fi standards usually give the higher data rates under the same home conditions. This is accomplished by using improved technology and methods, but we can leave that to the Wi-Fi equipment designers. Note that 802.11ac hasn’t been officially been passed, but with the likes of Apple selling products with it, it should be OK. The long and short of it is to try to buy and use the latest technology, but don’t worry about upgrading to the latest and greatest unless you’re having particular issues.

The other buzz term with Wi-Fi these days is Dual Band – 2.4 GHz and 5 GHz. These refer to frequencies and not data rates. Dual Band Wi-Fi routers can operate at both the ‘old’ 2.4 GHz and ’new’ 5 GHz frequencies. If Wi-Fi frequencies were like a piano keys, 2.4 GHz would be the lower notes and 5 GHz the higher notes. 2.4 GHz is much more common and often over used. If you live in an apartment building with lots of Wi-Fi networks from your neighbours, it’s like everyone is pounding on the lower piano keys – its really hard to hear what you’re playing! In this case, using 5 GHz might help, as being the newer technology, less people are playing the ‘high notes’. This will change as more people start using 5 GHz, but it should be less crowded for quite some time. The issue with 5 GHz is that the signal doesn’t go as far. Just like a neighbour’s music’s bass pumping though the walls without high notes, the 5 GHz frequencies get absorbed easier by walls, etc. You can also be selective on which devices use which frequencies. For example if you’re stuck with using Wi-Fi for your Apple TV (vs. running a network wire), you could dedicate 5 GHz for it, and 2.4 GHz for your other devices. This should allow for better media streaming as your Apple TV doesn’t have to ‘fight’ with all your other devices for that data speed.

Beyond data rates and frequency, many manufactures beef up their devices with other features like more antennas. Although some models are over priced, often for features you may never use, you usually get what you pay for in Wi-fi routers. If you have basic networking needs and a smallish home, you may be fine with a cheaper model. If you have more intense networking needs or a large complex home layout, you may have to pony up for premium Wi-Fi routers. You should check Internet reviews on Wi-Fi routers, but remember that everyone’s needs and homes are different. If you need help navigating your home Wi-Fi coverage, feel free to reach out to us at Simpleer as well.