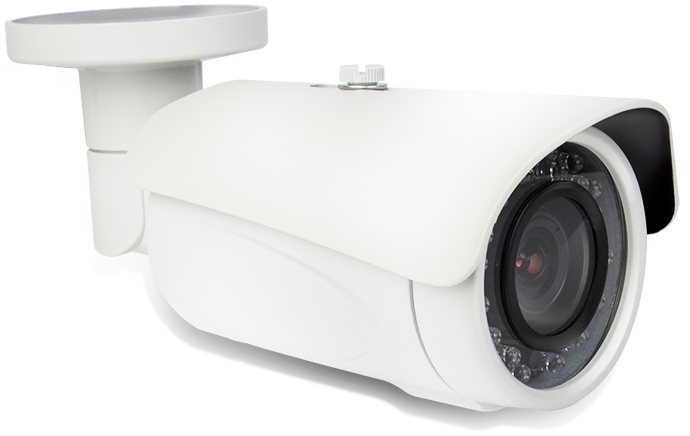 If you’re building a new home and considering CCTV surveillance cameras, you’ll need to catch up on the state of camera technology. In the past, systems used coax wiring, but like most devices, the trend is increasingly towards using Ethernet Cat 5e or Cat 6 cable.

Coaxial or coax cables are the type of cables that are used with cable TV systems. The most common coax cable used for surveillance cameras is RG-59, but RG-6 can be

used as well. Keep in mind that this is only for the camera signal, so you’ll also need to have power where the camera is placed too. Most off-the-shelf coax surveillance systems have cables that combine a coax cable with a power cable.

Cat 5e or Cat 6 is the same cable used for computers and computer networks – commonly known as Ethernet networks. Not

only does this cable allow for flexibility for other uses (like placing a Wi-Fi hotspot) it can also provide power using Power over Ethernet (or PoE) for devices like cameras. This way you don’t need a separate power outlet when using a PoE camera system.

The coax based surveillance systems are currently more affordable than Ethernet systems, but they top out at a lower resolution and therefore provide less picture detail. Using lower resolution cameras will require more cameras to cover the same area. Ethernet cameras have a range of resolutions right up to full HD and beyond. Ethernet compatible cameras offer better future proofing than coax options, and the prices should drop quickly as they catch on more.

You’ll need a DVR (digital video recorder) or NVR (network video recorder) to record the video from your cameras. Some manufacturers offer hybrid video recorders that provide a bridge between the older and newer technologies. These accept either type of

camera. This way you can use cheaper coax based cameras until your budget allows for better Ethernet ones, or use higher end cameras for locations that require them and still use the same recorder for both.

What ever path you choose, remember that the wires you install in your walls dictate which camera technologies you can use. Often running two sets of cables (coax and Ethernet) during construction doesn’t cost much more, but then gives you flexibility in the future. Technologies come and go, but a well architected technology infrastructure is flexible for the future.