Home » Learn » What you need to know about 5G mobile wireless

5G is the next generation of the mobile network. As it starts rolling out this year, it will offer faster data speeds and more reliable connections for smartphones and Internet of Things (IoT) devices. Its being described as super fast, always connected mobile Internet, but that’s not quite the whole story. While theoretical data rates can be up to 10 Gbps, we’ll likely be getting 50 Mbps and up in the real world. That’s nothing to sneeze at, but we need to understand the limitations.

One of the set of frequencies that 5G uses is very high: 28 GHz. Higher frequencies 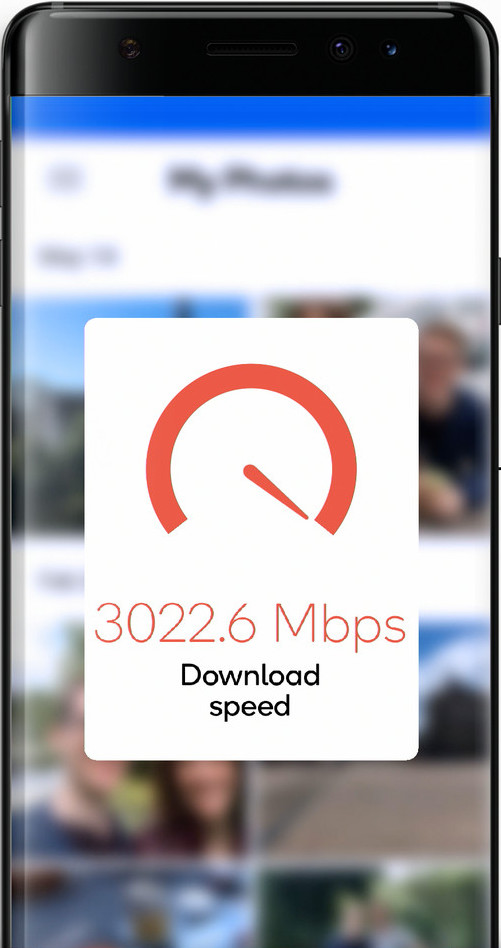 allow higher data rates. The issue is that the higher frequencies have physics to deal with. Higher frequencies don’t propagate very far, and they aren’t very good at going through walls, trees, etc. You may notice that deep in some concrete buildings, your mobile phone often doesn’t have coverage. This will be worse with the really high frequencies networks.

This means that there needs to be a lot more base stations (kind of like Wi-Fi routers, but for telecoms). Small base stations fill in coverage for today’s 4G networks in places like concrete buildings (e.g. malls, subways). Many mini base stations will be needed in a city to make a 28 GHz network work at all. We should be getting over 1 Gbps when things are set up properly – that’s pretty darn fast! Beyond being faster than home Internet, 5G is also designed to respond faster to improve network latency.

The 3.5 GHz frequency band for 5G, on the other hand, will have similar coverage to what we get today but with better data rates. This is partly due to a littler higher frequencies. It’s also due to 5G implementing better technologies like MIMO (multiple antennas working to get data to you) and beam forming (those antennas ‘pointing’ the signal to you).

While data rates will be faster than 4G, they will only be a bit faster when your smartphone connects to a mid band 5G network. Not a bad fallback when the super fast version of 5G isn’t available in the your area.

The low frequencies bands are really good for their inherent coverage. While the data rates will be slower, the lower frequency band, 600 MHz, can travel farther. It isn’t bothered as much by pesky buildings, trees, etc. While perhaps not very useful for a high data user (e.g. someone watching Game of Thrones at 4K on a bus), it will be incredibly useful to little devices and sensors scattered around our world sipping on data. These IoT devices could be handy for home tech, but also for commercial and industrial needs.

5G might not be the perfect, super fast mobile network some describe it as, but it will offer a significant step forward. 5G can also be used as a short cut to a fast Internet connection for rural households without wires or fibre. It may also kick off some really useful IoT innovations.

For coverage and high data rates, we may need mobile network boosters in our homes. Otherwise we’ll need smartphones that switch over to Wi-Fi networks better. (It’s quite possible that you may already need a booster in your home to get coverage for our current 4G network.) In the end, 5G may leave us wondering how we lived without out it.