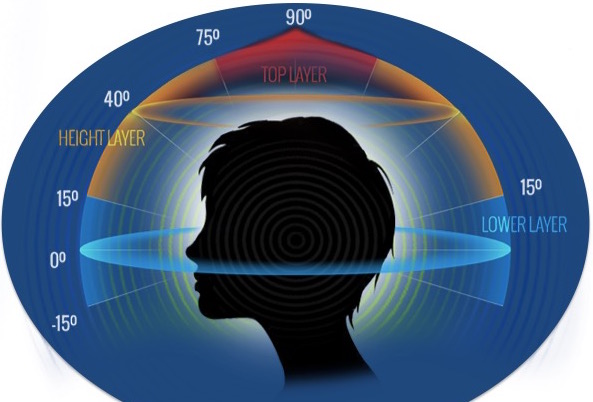 Surround sound adds a lot to the experience in a home theatre or media room. Without it, even the biggest and best screen leaves us wanting more. It’s amazing what a great job even a 5.1 system does to help immerse us into another cinematic world. This is done basically with one level (height) of audio. Now, Auro-3D and Dolby Atmos want us to rethink the standard in surround sound by adding height information to really immerse us into another world.

This basically boils down to more speakers, but it literally adds a another dimension to the sound. Most of us are using 5.1 or 7.1 speaker systems where all the speakers are targeted to be at ear level – front right, centre and left speakers with two or four side/back speakers (and the .1 is the subwoofer). The idea is that sound can be more realistic if there is height information. This makes sense, as our ears are capable of differentiating sounds from different levels.

An Auro-3D system would ideally create three levels of sound: surround layer, height layer and top layer (“Voice of God” layer). The surround layer is basically what’s used already with systems like 5.1 and 7.1, and is augmented with height layer(s). Auro-3D has two speaker formats for smaller rooms: 9.1 using two layers and 10.1 with three layers. For larger rooms they recommend: 11.1 and 13.1 – both with three layers. Speaker locations are prescribed, such as the 13.1 diagram below. 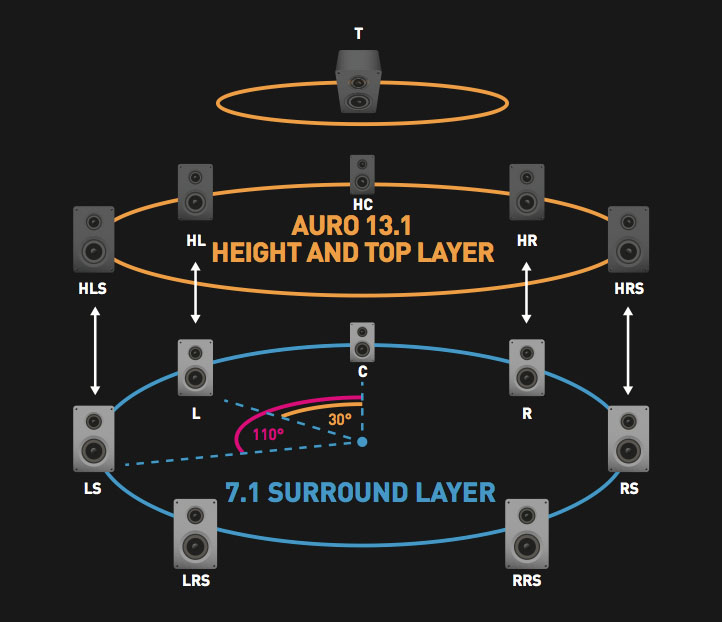 Dolby’s Atmos is similar with various speaker layouts and height channels, but they have thought of it in a novel way. All that sound information is recorded for a three dimensional space using up to 128 audio tracks. Then the Atmos AV receiver takes it all in and calculates what sounds come out of which speaker based on your particular room’s speaker layout. If you think its complicated, it is, but you can just let the Atmos AV receiver’s brains take care of the tough thinking. In terms of speaker configurations, your can choose a system with five speakers ear height and two speakers overhead to as many as 24 speakers ear level and 10 overhead. So far it looks like Atmos is leading the race with more Blu-ray titles and AV receivers at various price levels on the market. 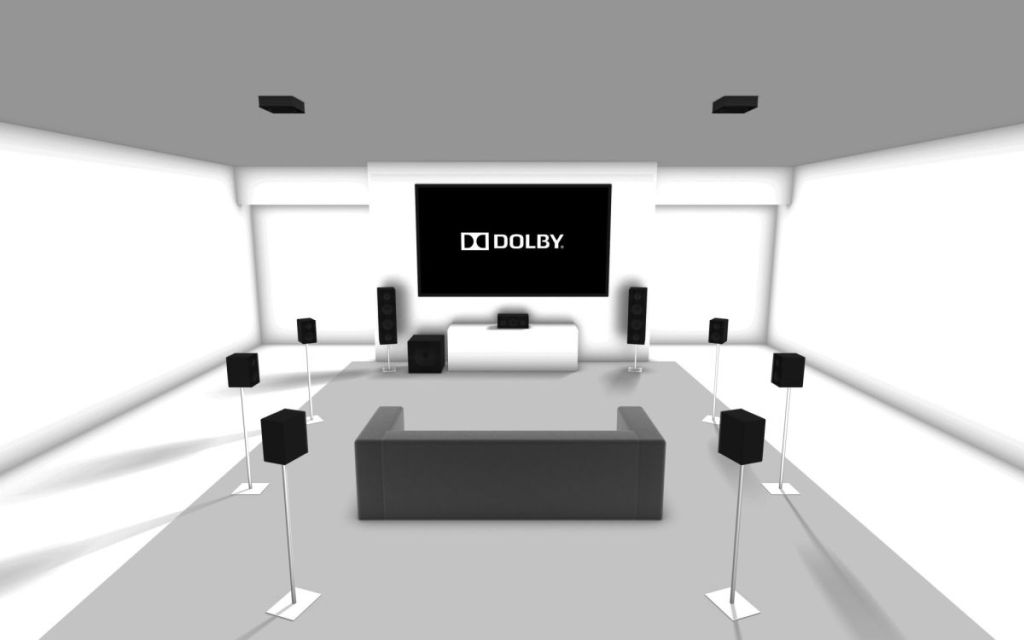 Although there is a bit of a format war going on, it shouldn’t be like it was with the Beta vs. VHS and Blu-ray vs. HD-DVD battles. Hopefully the industry has learned it doesn’t do anybody good to make consumers gamble on an unproven format. Sides want to be the standard of choice, but they’re playing nice with each other so far. DTS recently also threw their hat in the ring with DTS:X, so we’ll have to see if it gains traction. Ideally you’ll be able to pick up a AV receiver that will support any of these formats. As mentioned, early results seem to be siding with Atmos, but time will tell. Either way, you should consider these audio formats for your next home theatre or media room.